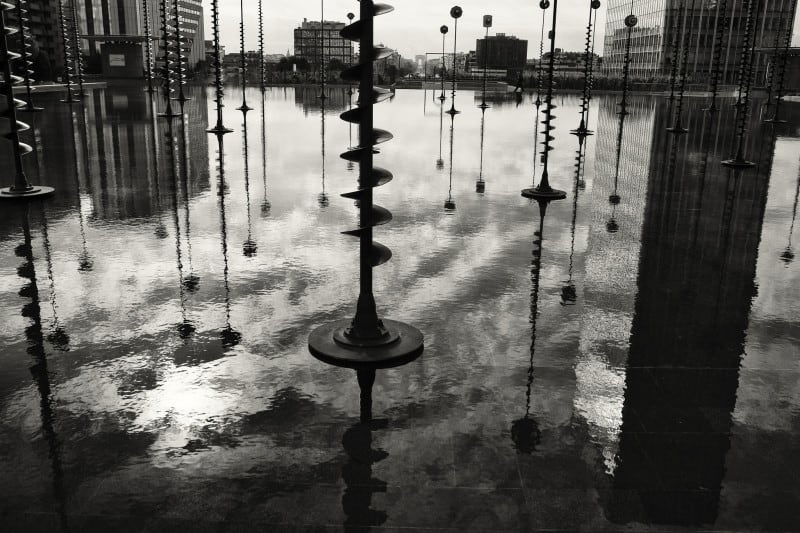 How to Create Your New Story

As you seek to create a healthy body, a new relationship or a thriving business, there is one skill that you cannot do without. It's something you're very practiced at too. Whether you've attended a sci-fi movie, the theater or a magic show, you've been invited to take that leap from the imagined to the real. This very same skill is essential in bringing your longing to life. It's your willingness to suspend disbelief.

The phrase suspension of disbelief has its roots in one of Aristotle’s principles of theater in which the audience accepts fiction as reality so as to experience a catharsis, or a releasing of tensions to purify the soul. It was coined in 1817 by poet philosopher Samuel Taylor Coleridge. He suggested that if a writer could infuse “human interest and a semblance of truth” into a fantastic tale, the reader would suspend judgement concerning the impossibilities presented. In short, the willing suspension of disbelief means the people in the audience know that what they are seeing on stage or screen is a pretend reality, but they are pretending that they do not know that.

In the worlds of theater and motion pictures, willing suspension of disbelief is a normal and ordinary occurrence. You don't bat an eye during Star Wars, Lord of the Rings or Harry Potter. The story and characters are so extraordinary that we actually applaud their other worldliness. Whether you're watching a movie or playing a video game, you are pretty comfortable with fictional reality. What was once a tool used as a mirror to help us better understand ourselves has become a permeable doorway through which passage is readily available.

Suspension of disbelief is not a way of accepting the unreal, so much as the pathway to greater realism. The fact is, humans have a high ability to accept a consensual reality (whatever reality the rest of us are accepting at the time). And the world we live in now would require enormous suspension of disbelief from anyone that you told about it twenty or thirty years ago. It seems reasonable and normal to us, because we're living it, and we all accept the same things as truth. But we wouldn't believe in it if we weren't experiencing it.

In that same way, science fiction and fantasy stories ask us to explore worlds that offer as much opportunity to explore human nature and human potential as a realistic story about the world of today would. The only thing this form of extreme realism asks from us is that we do a little work on our end, of suspending our disbelief.

All storytelling, in some way or another, requires a suspension of disbelief. And aren't we creating the world we live in with the stories we tell ourselves about who we are and how the world works? We can just as easily create a story more to our liking, yes?

Suspension of disbelief is our willingness to believe that the magical and fantastical are true, if only for the moment. In fact, it is because we are IN the moment that it's possible. You are not living in your head but rather allowing yourself to believe, allowing your heart and spirit to lead the dance. You are in it. Right now.

So why not do some of that in everyday life? Why not suspend our disbelief on a more regular basis? To be in the moment, truly present and without judgment. Trusting and listening to our hearts. Allowing a thought or event or experience to just BE. Why not fully and truly live your dreams? Rather than questioning how something is possible, why not allow yourself to accept the extra-ordinary.

PS Ready to create the life you long for?

GET THE SELF CARE MASTERY JUMPSTART GUIDE

Your life matters! Stop putting the care of others before your own. Focus on your own well being.

Take charge of your energy sources, activate your brilliant essence and embody a life of beauty and bliss.

How to Embrace the Magic of Endings and Beginnings

Adela's self care adventure began at twelve when she taught herself yoga from a book. She went on to co-own a health club, became a Certified Holistic Health Counselor, Life Coach and Associate Raw Foods Chef. She even did a Satsang with a Zen Master in India. Combining the best of many healing traditions, along with practical application of your own intuitive wisdom, Adela helps activate your experience of more everyday beauty and bliss.

My self care adventure began at age twelve when I started practicing yoga and pranayama from Indra Devi’s book Yoga for Americans (which I still practice today at 61).

I went on to manage technology at a New York City law firm and co-own a World Gym Fitness Center. My curiosity to understand how to be my healthiest, and most evolved, self also led me to additional studies and opportunities:

No stranger to big shifts, in 2013 a house fire turned my world upside down and inside out. Although these were turbulent times, I discovered anew that self care is sacred. It brings to light what matters most.

Please log in again. The login page will open in a new tab. After logging in you can close it and return to this page.